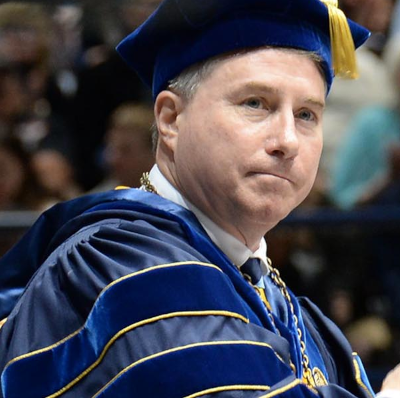 Charles R. "Chuck" Johnson was appointed the 22nd President of Vincennes University in 2015, after previously serving as Interim President for four months. Johnson came to VU as Provost/Vice President for Instructional Services/Dean of Faculty and served in that capacity for three years.

While at VU, Johnson has overseen the development and growth of VU’s work-based learning partnerships with industry, including the Toyota Advanced Maintenance Technician program in Southwest Indiana and Southeast Illinois, the Advanced Internship in Manufacturing in Lafayette,

Dr. Laura Treanor is a passionate and dedicated leader with a demonstrated record of achievement in higher education. Her professional history includes rich experiences across a variety of higher education settings and roles.

A staunch advocate for instructional quality and student success, Dr. Treanor has held the positions of faculty, Dean, Vice President for Academics, Associate Vice President for Institutional Effectiveness, and most recently, Provost. 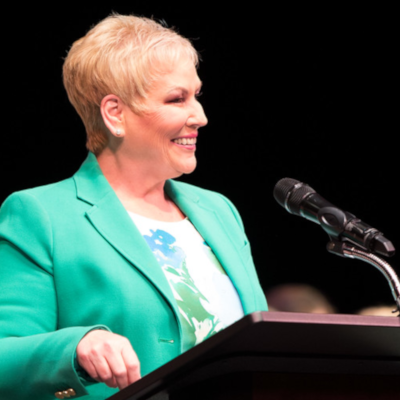 Vincennes University is a premier learning institution, widely recognized for leadership in innovation and delivery of successful educational experiences. A broad range of program offerings and a commitment to superior service ensure the University's role as an important link in Indiana's economic and cultural vitality. VU is a diverse community whose members all share responsibility for supporting the University's mission and are respected for their contributions.

The six strategic priorities identified by the Board of Trustees and vetted by VU stakeholders, represent important areas of new and continued investment of resources intended to further the Mission and Vision of Vincennes University, while embodying the institution’s core values.

To remain a vital contributor to Indiana’s Big Goal: 60% of working-age adults with a postsecondary credential by 2025, VU must increase the pipeline of students entering into its programs of study. VU will do this by focusing on increasing enrollment from existing student populations, while also reaching out to new populations, such as incumbent workers and adults. VU will strive to diversify its student body by engaging the entire university in these efforts. VU will continue to invest in the exploration and development of alternative delivery models in order to make a VU education accessible to a diverse and changing populations of students.

Already a partner of choice among industry, k-12, and higher education institutions, VU will build upon existing partnerships and seek to establish new ones. VU will seek to expand opportunities for work-based learning partnerships, develop pathways for traditional and adult students to leverage previous learning and credentials, and look for opportunities to eliminate hurdles that reduce student access and success. This will be accomplished through a commitment to listening to partners’ needs, a commitment to quality, an orientation toward innovation, and a willingness to employ new approaches in the design and development of partnership solutions.

In concert with Strategic Priority One, improving student retention is key to helping students achieve success in earning a VU credential. The university is committed to providing all students with the support needed to help them overcome obstacles to success, including academic, social, and financial barriers. VU will: 1) invest in the continuation of new and existing efforts that are working, 2) test new ideas and expand those that show promise, and 3) be innovative in the development of new strategies and approaches that will improve student retention and, ultimately, student success.

The university is committed to remaining one of Indiana’s best values in education. VU’s commitment to delivering high-quality programs includes an ongoing commitment to be efficient in the use of existing resources. At the same time, VU must investigate and find ways to expand its resource base. VU is committed to fostering growth and development of our faculty and staff through on-boarding, continuous training, and professional development. The university, along with its partner, the Vincennes University Foundation, will expand efforts to increase fund raising and support of the university through scholarships and other activities. VU will also examine ways to enhance the strategic contributions of VU programs not supported by the general fund.

Through interaction and planning with various external stakeholders, VU will continue to explore opportunities to establish new curricula and adapt existing programming to changing conditions and emerging factors. Advisory councils and higher education partners will be leveraged to more systematically inform faculty and administration of new and emerging opportunities and will inform VU’s robust program review process. Changing conditions, including shifts in demographics, economics, and technology, are shortening the life cycle of many programmatic opportunities, especially in workforce development areas. VU will become an even more responsive and nimble organization, while keeping the end in mind at all times, by developing well-defined processes for determining entry and exit parameters of new programmatic ventures.

6. Develop and Implement a Communication Strategy that Promotes and Reinforces VU’s Role and Identity with Indiana and Elsewhere

Vincennes University occupies a unique and historic place within the higher education landscape, both in Indiana and throughout the U.S. VU will invest in activities to refine the university’s brand and confirm its relevance to today’s audiences. The new communication strategy will ensure that the “VU story” is accurately and consistently depicted through various media and through a complete redesign of the VU website. Efforts will be made to increase engagement with VU alumni and other stakeholders in the development of the VU story and in communicating it with prospective students and the public.

Founded: VU is Indiana’s first college. William Henry Harrison, the ninth U.S. President, founded VU in 1801 while serving as governor of the Indiana Territory. VU was incorporated as Vincennes University on November 29, 1806.

Campuses: VU is state-supported with campuses in Vincennes and Jasper and additional sites such as Indianapolis, Lebanon, and Gibson County. A leader in developing Early Colleges statewide, VU also offers instruction at military sites throughout the nation. The Vincennes Campus covers 200+ acres and includes more than 30 major buildings. The Welsh Administration Building is the oldest building on campus.

Residential life: The Vincennes Campus is the only residential campus and features 6 residence halls and university apartments housing nearly 1,700 students.

Official Enrollment, as of October 2018:

System-wide: 16,390, which includes both the Vincennes and Jasper campuses as well as the VU Aviation Technology Center in Indianapolis, the Indiana School for the Deaf in Indianapolis, and other programs such as Project EXCEL, Early College, Military Education, and Business & Industry.

Tuition: Vincennes University continues to offer the lowest tuition of any residential college in Indiana. Click here for a complete listing of Tuition, Fees, and General Expenses.

Academics: VU has 6 colleges within the University

Financial Aid: The percentage of all first-time, full-time undergraduates systemwide during 2016-17 who received financial aid was 93%.